“The Wortham is a beloved attraction to our city and vital component to downtown’s cultural landscape,” stated David Mincberg, chairman of the board of directors at HFC. “The planning and enormous restorative efforts behind today’s homecoming and unveiling is a testament to the amazing and resilient spirit of Houston and the commitment of our Houston First team.”

As a result of Hurricane Harvey, the Wortham sustained over 12 feet of floodwater causing extensive damage to the venue’s interior and the tunnel access to underground garages. Additionally, damages to the basement area, which housed critical building systems as well as resident dressing rooms and costumes shops, led to the theater’s immediate closure for repairs. HFC, which manages and operates the Wortham, retained construction services to remove the water, stabilize the building and start recovery efforts.

“We are thankful for support of the Wortham’s resident companies as well as our team’s commitment and dedication during this year progress of restoration,” said Brenda Bazan, president and CEO of HFC. “For more than 30 years, the Wortham has enriched the lives of visitors and patrons through the arts, so it’s great to be able to provide these experiences once again to the city.”

During the Wortham’s restoration, both the Houston Grand Opera (HGO) and the Houston Ballet relocated their performances to alternative sites. HGO transformed an exhibit hall within the George R. Brown Convention Center into an intimate performance space for an “unconventional opera.” There they hosted three operas: Verdi’s La Traviata, Handel’s Julius Caesar, and the world premiere of Ricky Ian Gordon and Royce Vavrek’s The House without a Christmas Tree. The Houston Ballet chose to hold performances of holiday favorite The Nutcracker at the Hobby Center and Smart Financial Centre in Sugar Land, Texas. Meanwhile, DaCamera, Mercury Baroque, the Society of Performing Arts and all other productions restructured plans for respective seasons to accommodate repairs.

The Wortham Theater Center reopens its doors on September 26 with the Houston Grand Opera’s presentation of world-renowned tenor Plácido Domingo.

ABOUT HOUSTON FIRST CORPORATION
Houston First’s core mission is to position Houston as a world-class destination for business and leisure tourism. In addition to marketing our region aggressively and contributing to enhanced quality of life in our City, Houston First also operates the city's finest convention and arts facilities. In 2014, Houston First and the Greater Houston Convention and Visitors Bureau aligned operations to create a single voice representing the city under the brand Visit Houston. Houston First owns the Hilton Americas-Houston hotel, manages the George R. Brown Convention Center and 10 city-owned properties and is a driving force in developing the new Avenida Houston entertainment district. Learn more at HoustonFirst.com and VisitHouston.com. 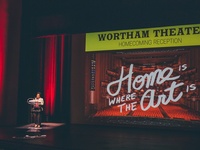 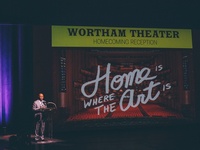 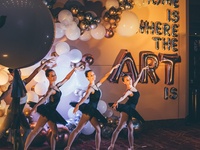 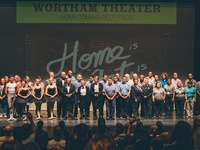