The GRB and the Freeze of all Freezes

As Houstonians braced for yet another unprecedented storm, the amazing teams at the George R. Brown Convention Center (GRB) and the Hilton Americas-Houston hotel were hard at work preparing for the approaching arctic blast. When Mayor Sylvester Turner asked that the GRB become a warming center for the homeless and those who did not have access to adequate heat, Houston First Corp. (HFC) team members left their homes and families and went into action. This time instead of serving as a refuge for 10 thousand fleeing Hurricane Harvey’s record-setting flood waters, the GRB opened its doors to those who needed shelter from dangerously freezing temperatures. 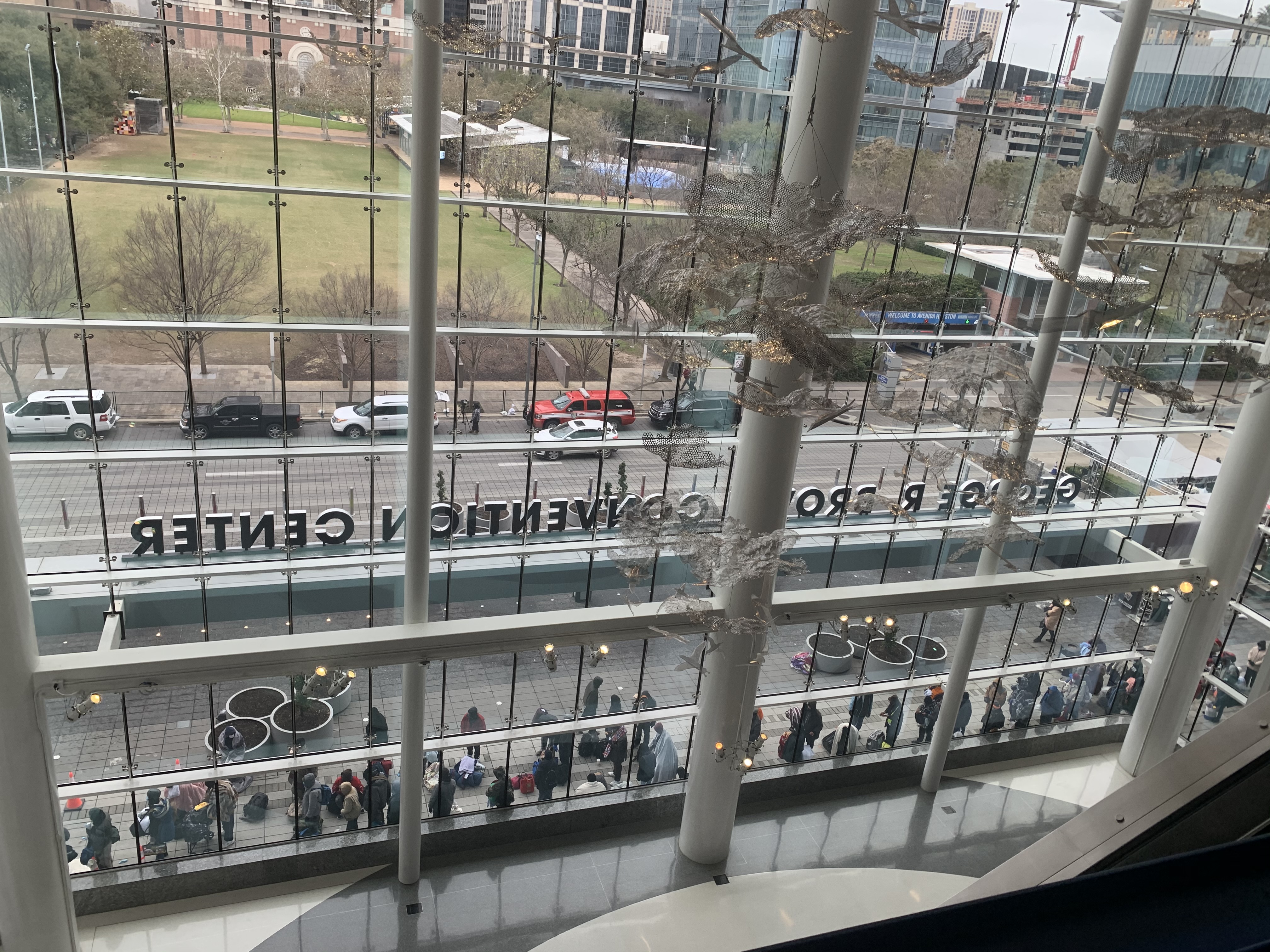 Working with the city’s Office of Emergency Management (OEM), the HFC team started preparing the Friday before the storm hit and the building was ready for the line of guests waiting when the doors opened at 4 p.m. that Sunday.

Six and a half days

Initially a temporary shelter was set up in Hall D, but as Houston’s temperatures continued to drop, the numbers grew from 200 to nearly 800 people, and Hall C was opened as well. And no one had to leave their “furbabies” to face the elements, a separate place for pets was also set up in Hall D.

Whether it was cleaning toilets or serving meals the dedicated Houston First team never wavered. With COVID still ever present, the team wore N-95 or double masks, practiced social distancing whenever possible and served their guests. 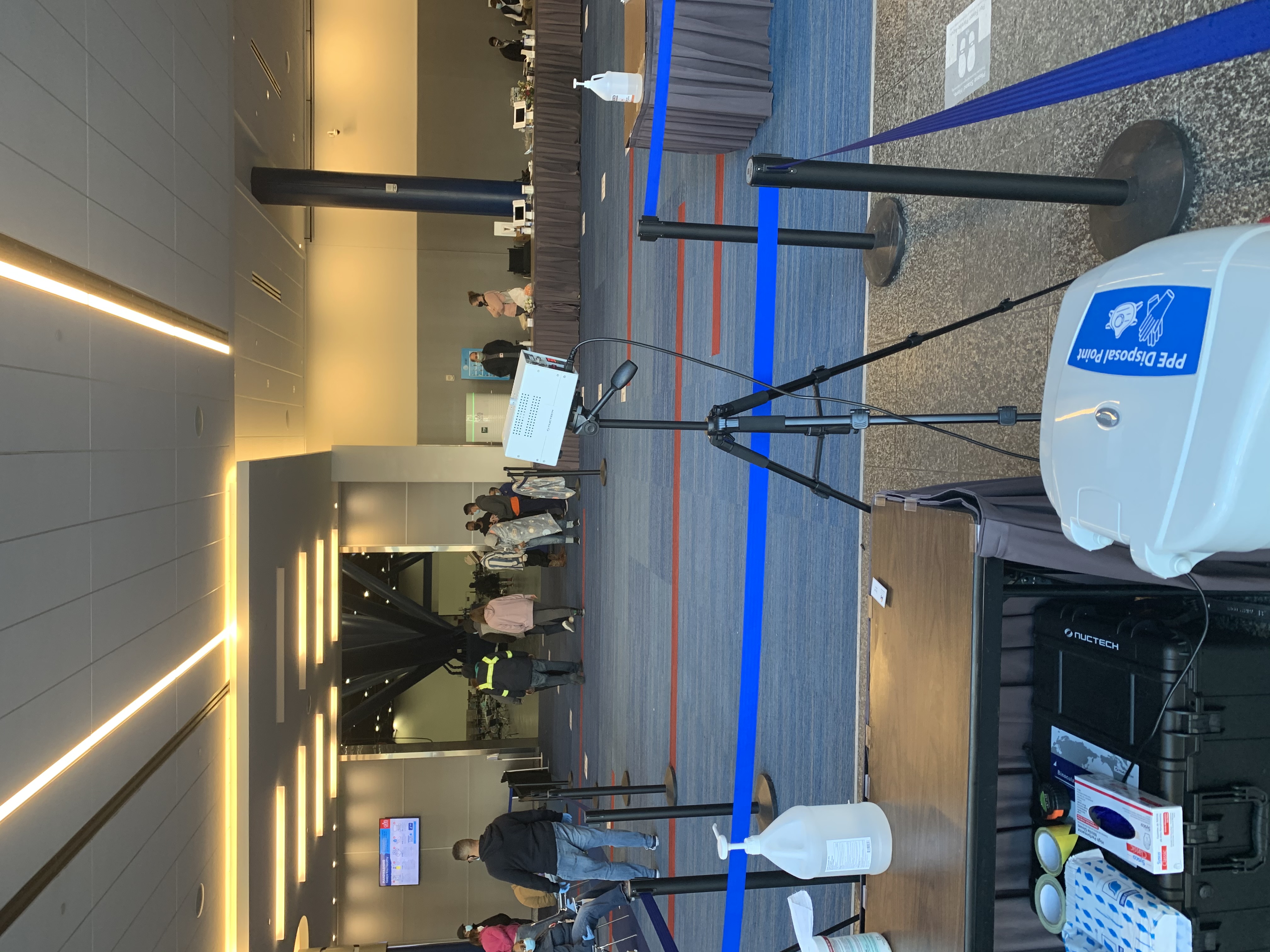 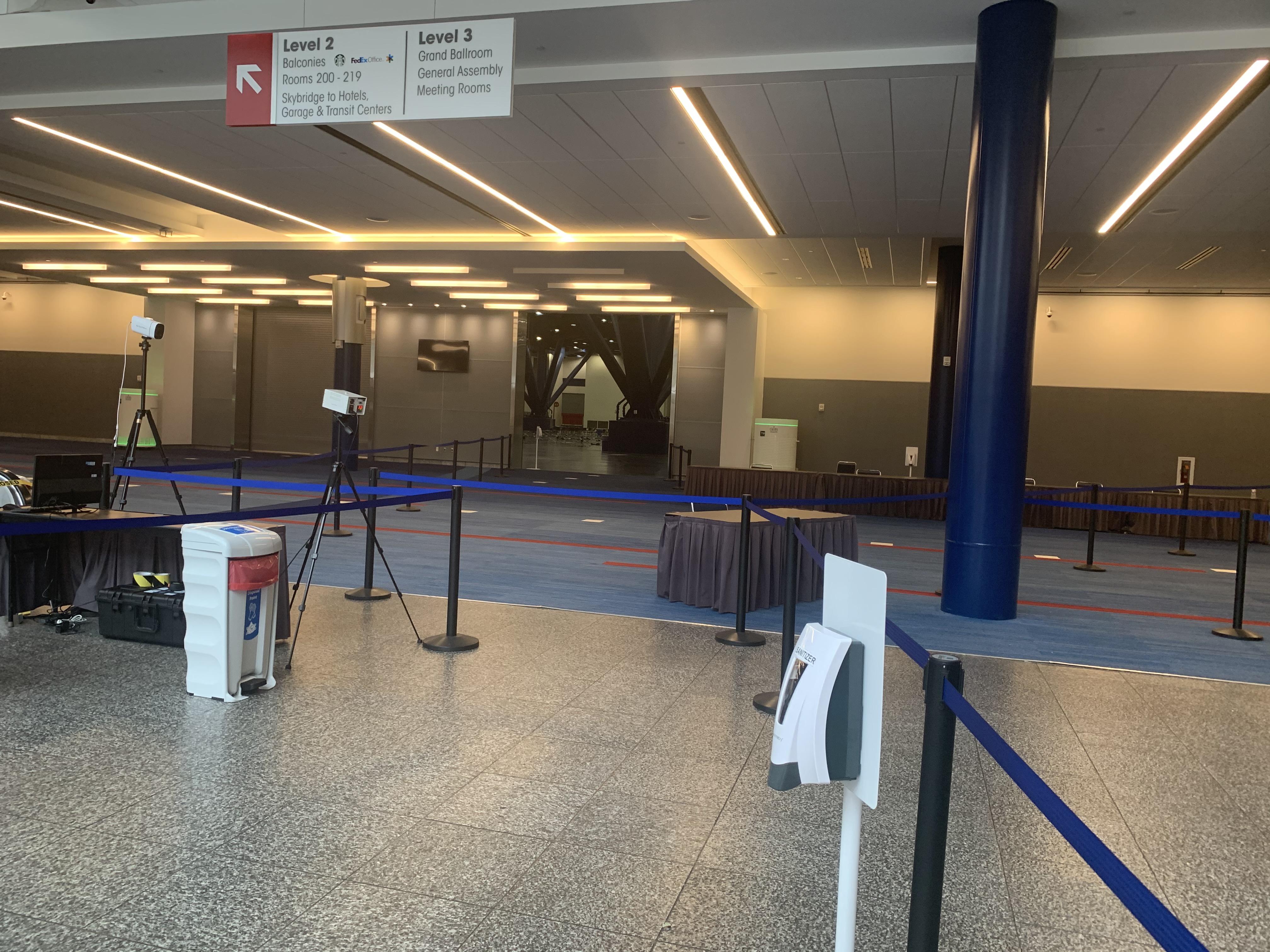 Taking care of the needs of guests or visitors to the GRB is what they do and the GRB team does it exceptionally well pulling off successful events big and small—whether its Super Bowl, Quilts, Engineering meeting, a cheerleading competition or housing an emergency shelter.

The HFC team was not alone—supported every step of the way by its partners including TD Industries, Midwest Maintenance, Levy Restaurants, WinPark, Andy Frain Services and ERS.

“Their dedication and collaborative efforts are what I feel makes us the best in the country, a true example of Southern Hospitality,” said GRB leader, John G.

But the severe weather did not leave the GRB untouched nor unchallenged.

“We know how to deal with hurricanes and flood water, but hurricanes and winter storms are two different things. The freezing temperatures brought unexpected problems for us,” said GRB’s, John Gonzalez.

Some areas of the GRB had to be closed after several pipes burst. But despite the failing power grid that gripped most of the state, the GRB never lost power.

The Hilton Americas Hotel was initially looking forward to filling its rooms with guests wanting to spend a romantic Valentine’s Day together, as well as those participating in the Lone Star Volleyball event at the GRB which was postponed because of the winter storm. Instead, the Hilton opened its doors to people looking for a warm, safe place to ride out the storm. The hotel also housed teams from the city, HFC and its partners who all were working around the clock at the GRB warming shelter. 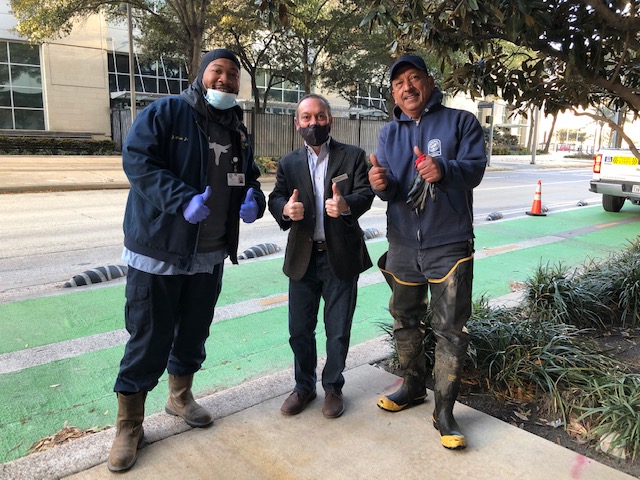 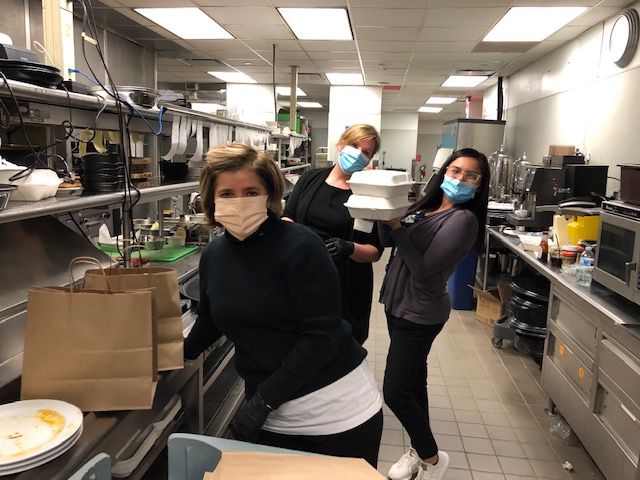 Under the direction of Jacques D’Rovencourt, Hilton’s general manager, the hotel had done its due diligence to prepare for the storm, ordering additional fuel, food and water. However, as fate would have it—the Hilton had a problem. With more than 600 rooms occupied, the hotel lost water from Tuesday through Friday of that fateful week. Service elevators stopped working when water from hot and cold coils in an air handler ruptured making the elevators inoperable forcing staff to then use guest elevators to access rooms on upper floors.

But it was the collaboration between the GRB and the Hilton teams that helped to make a bad situation work. The Hilton staff delivered bottle water to guest rooms along with water from the hotel’s pool, so guests could flush their toilets. Specific restrooms at the GRB were opened exclusively to hotel staff and guests to use 24/7.

“It was quite a challenge, but I am so proud of the Hilton team who worked so hard to provide our guests with the best service available and the best experience possible in spite of the less-than-ideal situation created by the freezing temperatures,” said Jacques D’Rovencourt, Hilton general manager. "My team members did what they always do, deliver exceptional service with professionalism and a smile, no matter what the circumstance."

Rising to every challenge

John G. said he is honored to serve with such dedicated team members who always rise to every challenge. He saw his team deal with a lot of different things, including shelter guests who had a range of mental or emotional needs. Although not specifically trained for it, he said they managed that dilemma treating everyone with respect and dignity. "I continue to be inspired by this team," said John G.

The reward for John and his team was serving their fellow Houstonians. “They didn’t have to worry about a safe warm place, food, restrooms, even charging their phones,” he said. “We were able to help out our fellow Houstonians, and that’s a good feeling.”

Before the GRB team wrapped up nearly a week of continuous service and went home to their own lives and families, John G. said they were all tested for COVID.  No one tested positive. 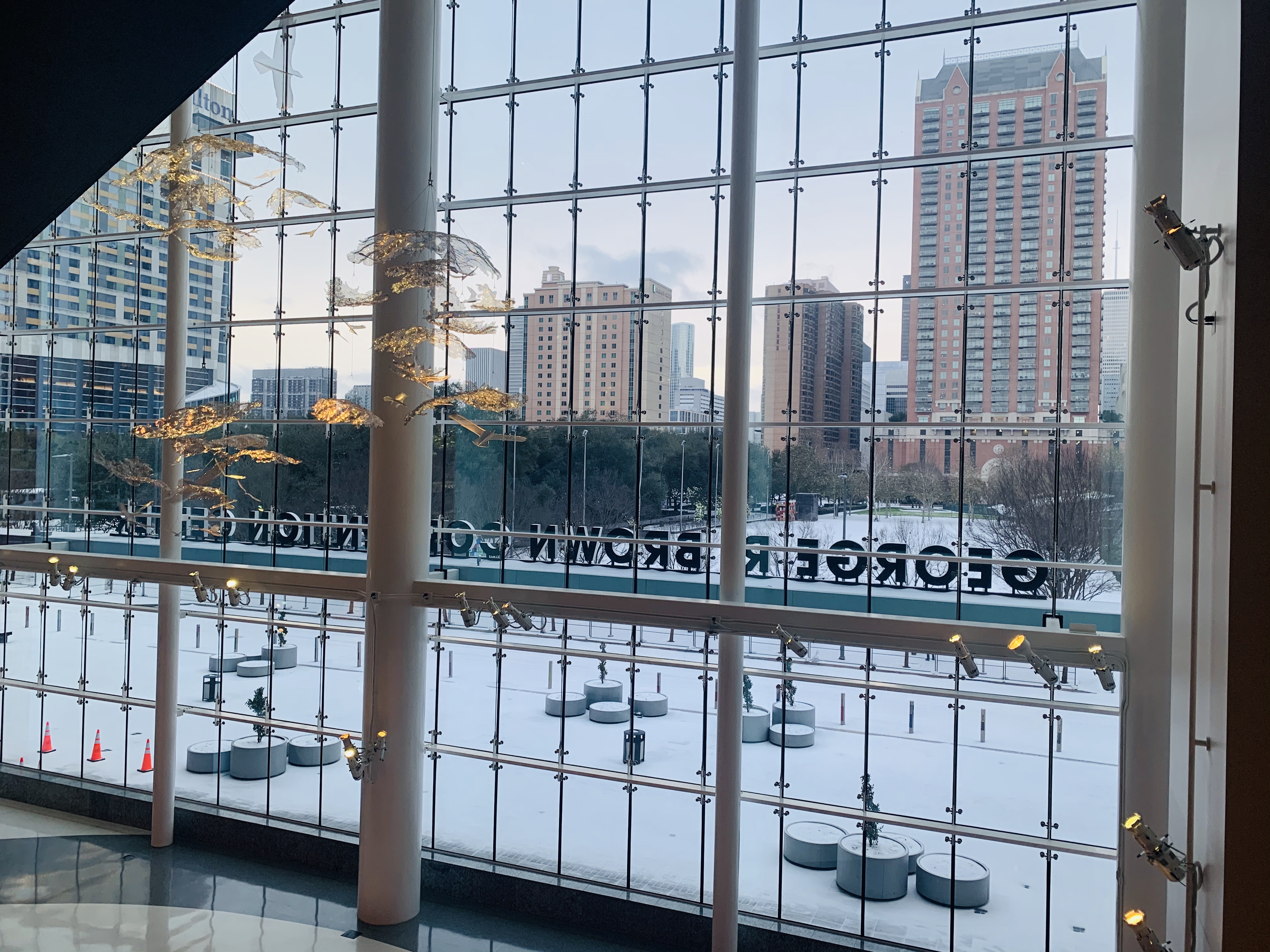 John G. was right there alongside his team at the GRB for the entire experience. He said one of his big lessons, “You can never be too prepared!”  So, after their face-off with this year’s unprecedented arctic blast, he and his team have added to their already extensive list of knowledge and skills when it comes to natural disasters and preparedness.

The arctic blast blew into Houston, and did considerable damage, but couldn't freeze the kindness, warmth and dedication of the teams at the GRB and Hilton Americas.