The Young Artists and Authors Showcase (YAAS) is an annual contest that encourages youth from around the globe to express the mission of Sister Cities International through original artwork, literature, film and photography. Submissions are inspired by an annual theme and judged based on originality, composition, and theme interpretation. This year’s theme, “The Art of Diplomacy” highlighted the importance of citizen diplomacy and the innovative ways citizen diplomats achieve peace through people-to-people interaction.

Sister Cities of Houston has participated in the contest for many years, partnering with area schools and community centers. Student work highlighting the annual theme is gathered and juried for a local contest to select first place award winning works to be sent to Washington, DC for the national contest. Houston area young artists have been selected as national finalists several years in a row. Selected Grand Prize Winners in each category win a $1000 prize. After the finalists for art, literature, film, and photography have been announced, their works embark on a yearlong tour hosted by local sister city programs on a monthly basis.

For the last 5 years, Houston First Corporation's Christine West has served as one of the visual art jurors for the Sister Cities of Houston annual Young Artists Showcase. Organized by fellow juror and Sister Cities Board Member, Susan Young, the Houston Showcase in 2018 featured 25 works of art and 2 poems by artists from all over the region. The other jurors were Anne Shaw, Development Director, Inprint; Gwen Goffe, Chief Investment Officer, The Brown Foundation and Kem Kemp, English teacher, St. John’s High School.

The artists, their parents and teachers were celebrated at an event on August 9th, in the Legacy Room at City Hall, also in attendance were Mayor Sylvester Turner and other City Hall staff; several Sister Cities Board Members and City Council Member, Karla Cisneros. Along with the awards listed below, each student was given a copy of Geoff Winningham’s beautiful book In the Eyes of Our Children, donated by Houston First Corporation. Participating teachers also received contributions. 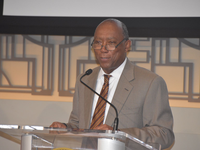 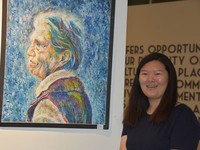 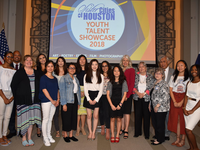 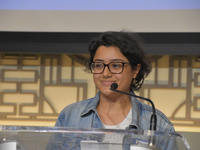 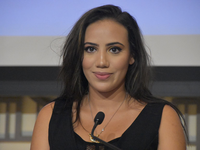 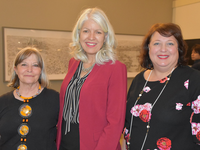 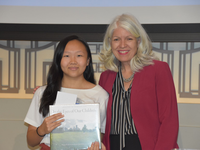 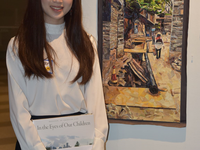