News > Opera Camps at the GRB

Opera Camps at the GRB

HGOco, the educational and outreach division of the Houston Grand Opera, held their annual children’s summer camps this month at the George R. Brown Convention Center (GRB). The summer camps usually take place at the Wortham Theater Center but with the Wortham still under reconstruction from the damages of Hurricane Harvey, the camps were held in the GRB turning meeting spaces into performance spaces.

Three camps were offered at the GRB, each with a different curriculum designed for a particular age group. The first was Create an Opera for 3rd – 8th graders allowing them to do just that – create an opera from a children’s story! The writing to the performing of the opera came from the creative talent of these young campers. Create a Singer intended for 4th – 8th graders focused on the development of each singer’s technique leading to final group and solo performances at the end of camp. Finally the Art of Opera is a two week camp for 9th- 12th graders where the students rehearsed and performed a fully staged musical production. The camp is designed to improve not only their vocal talent but their dramatic performance skills as well. 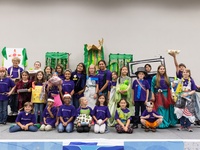 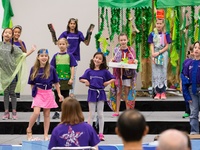 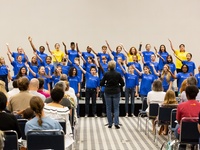 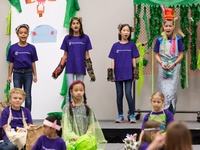 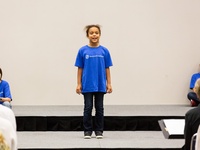