Mind the Heart!: A worldwide public art project in Houston

Mind the Heart! is a public art project by acclaimed Israeli artists Maya Gelfman and Roie Avidan that promotes mindfulness through site-specific street art, public actions, community events and lectures. It began in 2009 in Tel Aviv and has since reached more than 100 cities across 5 continents: from Sydney to London, Bangkok to New York, from the Israel National Museum to orphanages in Kenya and Uganda.

Gelfman and Avidan are currently in the middle of a year-long tour of the USA on a social-artistic experiment, one in which they have placed themselves totally in the hands of serendipity. They let strangers dictate where they go and wherever they go they not only create their own works, but also invite communities to actively partake in the project and mark their own spots of significance and mindfulness in the public domain.

In Houston, the artists distributed hearts in numerous spots, including City Hall, Rice University and the Jewish Community Center. Participants had their photo portraits taken, and then had 72 hours to put their heart in any spot that they wished to share and that they wanted others to be mindful of. In this exhibition visitors can see their photos and stories, alongside a selection of works created by Mind the Heart! on its journey.

The Consulate General of Israel to the Southwest invited Mind The Heart! as an act of good will to the citizens of the city of Houston, that aims to spread the iconic red hearts in the streets and celebrate as a community the love for the city and its people. 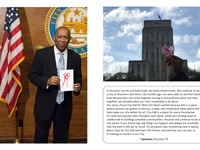 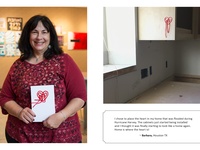 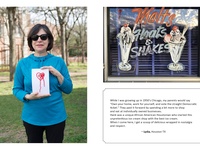 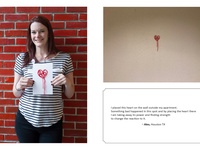 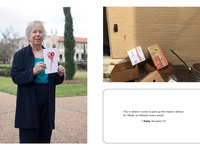