In the included photos, treasured brick street pavers that were disturbed in Houston’s Freedmen’s Town during underground drainage repairs are being replaced by the city.

The restoration of the century-old bricks, made and laid by the descendants of formerly enslaved people after the city refused their early 20th century request to pave streets, is an important step in preserving the cultural and historical site.

The garnet-hued brick patchwork is believed to be the largest remaining linear architectural footprint of black urban life from the post-slavery Reconstruction era. 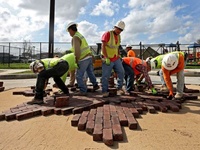 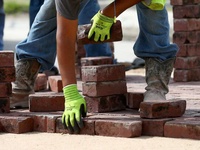