Wake up and smell the “craft” coffee. Or perhaps enjoy a Banh Mi Thit. You can do both because Minh Nguyen and Ben Choi have combined their passions, interests and skills to bring specialized brews and authentic Vietnamese food to their loyal customers. 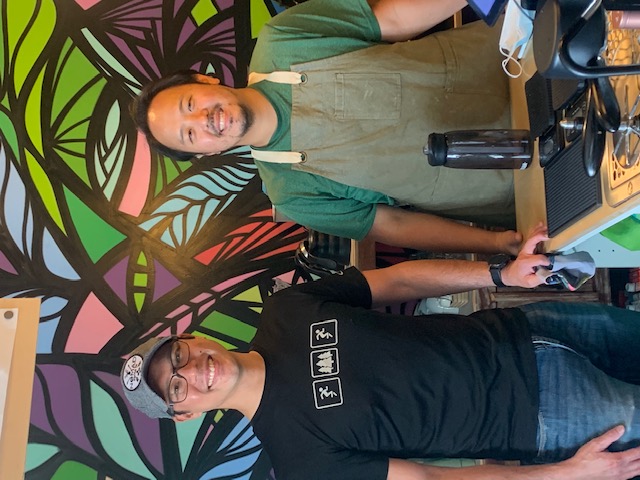 Cafe TH and Celadon Coffee share a space in EaDo (East Downtown) and the city is better off because of it. Minh has been running his cafe for more than a decade in what was Houston’s original Chinatown before it expanded southwest. Then just a few months before the pandemic shut down most Houston restaurants, the pair officially opened Celadon Coffee inside Cafe TH.

It’s not your typical cup of joe. The Japanese pour over coffee is one of the shop’s specialties. “It’s an experience. Each cup is different with its own personality. It’s created just for you,” Ben said. And at Celedon, you can enjoy your one-of-a-kind cup of coffee in silence or with a side of conversation from the knowledgeable baristas who will share as much information as you can handle.

Two experiences happening under one roof. Ben and Minh, who met through their wives, said they are not in competition, but insist the dual shops and their personalities complement one another. Minh admits he had to learn how to cook, but considers himself fortunate that he has a strong palate for Vietnamese food.

Ben said he is always impressed with Minh’s culinary talents, as well as his operational skills and commitment to community. Despite handling day-to-day operations, Minh finds time to coordinate clothing drives and fundraisers for non-profits like Bay Area Turning Point women’s shelter.

Minh is equally respectful of Ben’s knowledge and passion for coffee. According to Minh, Ben has been around the world tasting coffees on random backstreets and byways. Ben said he found the most memorable cup of coffee in Kyoto, Japan. “It wasn’t a big production. It was a tiny place, but the coffee was simple and authentic,” he explained. 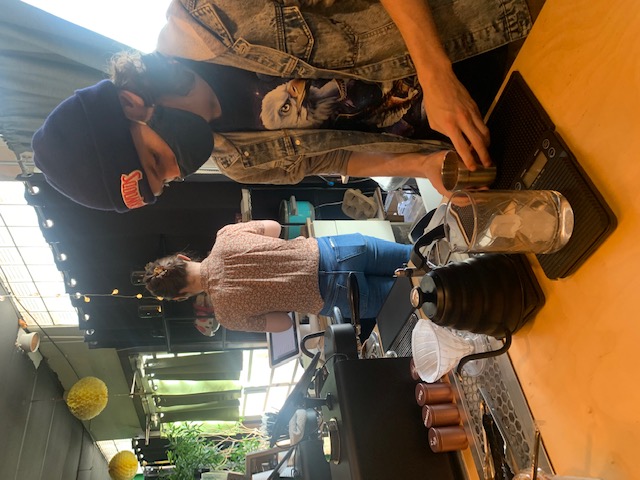 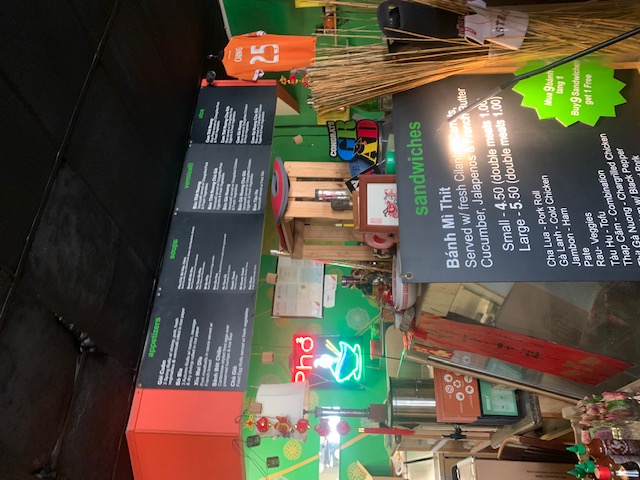 Minh and Ben (who is also an emergency room doctor) acknowledge this past year has not been easy. Early during the pandemic when guidelines from public health professionals were mixed, Minh said they had to decide whether or not to require employees and customers to wear masks. “I’m Asian and wearing a mask, I didn’t want customers to think, this is a place where COVID lives,” he explained.

They decided to require masks. Many of their regular customers continued to come and wear masks.

As Asian Americans, they were concerned by the rise of what they refer to as ‘Asian blame.’ “People are so angry, they are attacking people without saying anything,” Ben said.

While they have not experienced any violence at their shop, Ben who is Korean American said he is troubled by the deadly shooting at an Asian-owned spa in Atlanta. However, he remains hopeful because in the past, he said the shooting would not have gotten such widespread coverage, nor been investigated as a possible hate crime. He credits the new generation of Asian Americans for speaking up and demanding more.

After a year of division, fear, violence and COVID, Ben and Minh want to create an experience that brings people together, elevates their palates and appreciation for authentic coffees and Vietnamese food… and maybe for humanity. They think Houston deserves it.

Check out the menu.